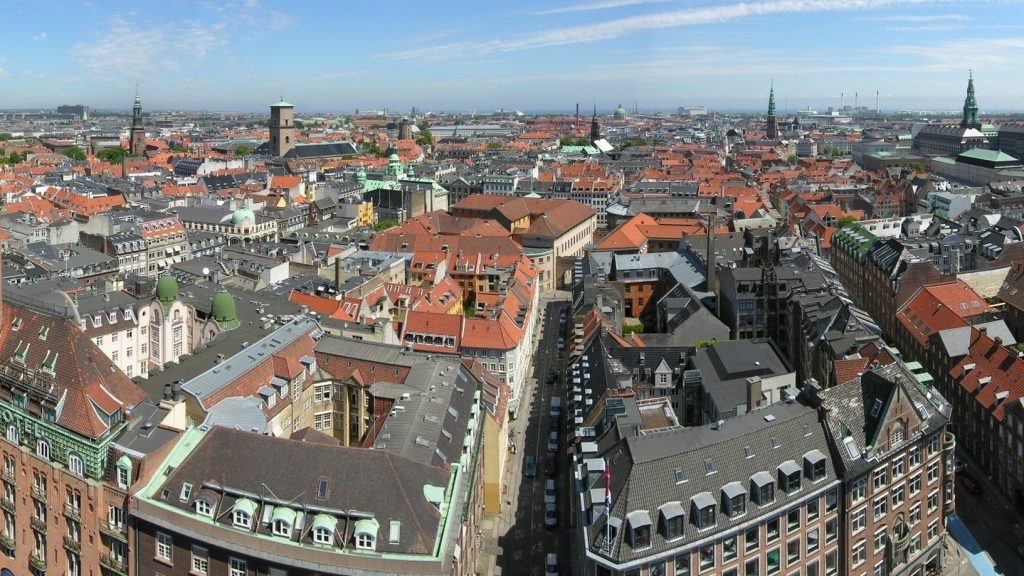 Are there other models of the relationship between office work, city structure and the working population that may become even more plausible and legitimate, given what appears to be the emergence of very different work patterns and life styles?

Frank Duffy, The Death and Life of the Urban Office, in Endless City, Phaidon Press, 2007

It is a suburban centre in 2030, typical of hundreds found across Melbourne’s metropolitan area.  The former sterile shopping strip has been transformed into a vibrant business district and community hub integrating offices, shops, cafes and shoptop living, focused on a lively town square where there was once a traffic-dominated intersection.  It forms the focal point of a 20-minute walkable neighbourhood, delivering on the seemingly fantastical aspiration of planners since the beginning of the century.  Melbourne has become the epitome of a truly liveable city that combines the benefits of local living with easy access to head offices in central business districts when organisations need face-to-face collaboration.  And, most importantly, it is a lifestyle available to all, not just the inner-urban elites.

How did we get here?

Since the dawn of cities, the dominant driver of their form has been the fact that land value increases towards the centre, reflecting rising accessibility from the city as a whole by commuting workers.  This gave us hub-and-spoke transport networks and the ‘Manhattan’ skyline figure of cities in market economies, only fettered by planning rules that restricted development for heritage and character reasons.

Although the technology to support ‘telecommuting’ had existed for a long time before, it took until the COVID-19 pandemic of 2020 for distributed working to really take off.  Once knowledge-workers tasted the joys of fitting their labours in and around domestic life, and the working-from-home naysayers were permanently silenced, the sharp separation between places of work and home dissolved, forever disrupting the structure of cities.

No longer did the suburbs empty and the business districts fill up in frenzied and rigid inverse relation on weekday mornings, only to complete a reverse manoeuvre at the end of the day.  Rather than the CBD being so packed at weekday commuter peaks and lunchtimes that people spilled dangerously off the footpath, while suburban centres were simultaneously close to comatose, the Central City re-emerged from the pandemic restrictions with a more genial level of vitality and the blossoming of local hubs sparked by ‘lockdown’ continued to bloom.

Demand for floorspace of all kinds stagnated in Melbourne’s nucleus, halting its headlong rush for the clouds.  At the same time, development interest in suburban centres flourished.  New forms of workplace emerged close to where people live, combining the benefits of co-working centres with ‘third places’.  Rather than working from home, many people chose to work in nearby shared work hubs, maintaining separation between work and home but without the long commute.  Demand for homes close to vibrant neighbourhood centres exploded, boosting development in their immediate hinterlands. Melbourne had been a notoriously jagged city in terms of density and building height: a tight gathering of superdense cloudpiercers surrounded by a dispersal of lowdense, ground-hugging cottages.  The former tested the upper limits of convivial density, while the latter produced a woefully inadequate level of concentration for a liveable, sustainable, resilient, healthy and equitable city.

Since 2020, a ‘smoother’ city form had emerged, leavening the unhealthy distribution of floorspace across the metropolis and leading towards the comparatively even scale of European cities which planners had long looked to for inspiration.  Rather than a sharply-defined CBD and suburbia, a more diverse and evenly spread city materialised.  Although existing city towers remained, the suburbs were transformed by profuse pockets of urban density, leap-frogging meek dreams of a polycentric city comprising a handful of CBDs to create a mosaic of a thousand vibrant urban villages, smashing the once two-speed society of haves and have-nots.

How were planners responsible for the creation of the SmoothCity?

Transforming a cautious approach based on not disrupting the status quo, the pandemic had finally stirred planners into the realisation that the city needed to be allowed to change to respond to emerging work-life preferences—particularly those that addressed environmental and social goals.  The State government rode the economic wave by flipping the planning system from over-regulation to facilitation mode, enabling the rapid creation of denser local centres surrounded by medium-high density and affordable housing.  Their key tools were permissive zones containing minimum density requirements and minimal built form controls limited to ensuring good public realm and neighbouring amenity outcomes.  Council planners took up the challenge too, replacing neighbourhood character policies with those that encouraged density done well, preparing structure plans for each neighbourhood that identified works to improve their liveability and encouraged development, and restructuring their community services around a neighbourhood model.

Rather than regulating to resist change, planners had finally led the way to a better future!

This article was first published in Planning News. 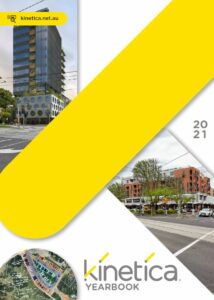 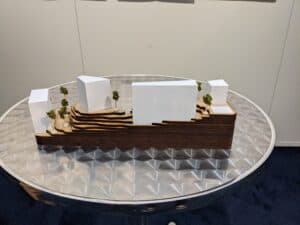 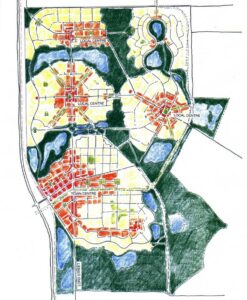 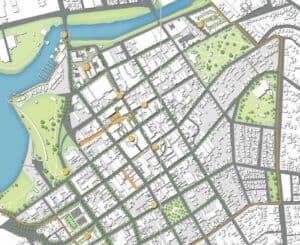 Embracing opportunities and technology from near and far

Why have we changed our name?

Starting with the crystallisation of our vision and values, continuing with a transformation of our planning offer, and culminating in our move to a ‘grown up’ office in the CBD, we are no longer the business we were.

Paralleling these changes, we agreed with David Lock Associates Limited (the English business which gave birth to DLA Australia) that it is time to undo our formal corporate ties, while retaining a strong informal relationship.

This reinvention of the business needed to be expressed outwardly and we began the process of refreshing our graphic identity. DLA has been predominantly known for urban design expertise, and the name reflects our history as a satellite of an English business. A new name offered the opportunity to establish a refined brand, based on a home-grown organisation featuring planners and urban designers trusted for their expertise and independence.

Our new company name, kinetica, reflects our passion for change.  We facilitate and shape changes in the use, ownership and development of land to create a better lived experience.